There are a few companies that are attempting to make resveratrol enhanced wines. The only question that matters is does that make any sense? Will a wine that has an artificial amount of resveratrol be healthier?

The first guy to have announced the production of a resveratrol enchanced wine was Philip Norrie of Pendarves Estate REW. His wines, labeled the Wine Doctor, were made with McLaren Vale Grapes.

The Wine Doctor is said to show 100 mg of Resveratrol per litre on the label, which is considerably more than the 5 to 10 mg most red wines boast. What we really need to know to make a determination is how Mr. Norrie accomplishes this task.

Norrie is not alone in this quest, however. Reportedly there are nine wineries in the Rioja province in Spain also looking to make resveratrol enhanced wines. Spanish wines are already somewhat known for their climate production and grapes. Their northern location already means more resveratrol and more quercetin.

QUESTIONSWe really just need to know two things before buying one of these wines (unless they just taste better or something). 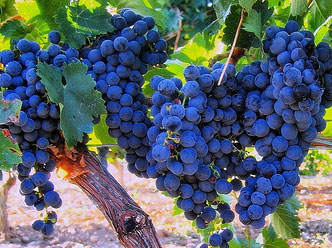 From the grape skins, to the vat, to the cask, to the bottle – the grapes stay pretty isolated from oxidation. No other process produces that kind of antioxidant value. While white wine goes through the same process it doesn’t carry that “health” moniker because of one slight difference: the absence of the antioxidant rich grape skins. But isolation from oxygen is still a part of the white wine process.

That’s what makes the resveratrol enhancing method, reported by Wine Spectator, most troubling:

“Norrie said he takes the leftover grapes, after pressing, and extracts residual resveratrol and concentrates it into a powder. The powder is then added to the wine before bottling.” (The Spanish wine producers haven’t commented on their particular process.)

Basically Norrie is saying that oxygen is part of the process. Once the grape juice is removed from the vat and sealed in the cask, the leftover grapes, much of whose resveratrol was left in the juice, becomes fully exposed to oxidation for the first time. That continues through the powder-making process.

Finally, the addition of the resveratrol to the wine opens the wine to oxidation where it once was sealed from oxygen’s negative effects.

The question is how much of the resveratrol in the new resveartrol enhanced wines has been oxidized and now useless as a health benefit?

In this case the producers of these wines use grapes from two different regions in the world. Norrie’s wines use the McLaren Vale Grapes from the southern Adelaide region of Australia. And the Spanish wine companies use the Tempranillo grape, widely grown at the middle elevations of the country.

It is possible that Norrie came up with the idea of resveratrol enhanced wines because the grapes he uses bear very little? He hasn’t been quoted as much but his grapes do in fact produce very little resveratrol on their own.

Resveratrol is produced by grapes as an agent to protect themselves from disease, harsh conditions and adversity. It’s like an anti-venom from things that hurt it. So grapes that don’t have to fight as much, don’t have to produce as much.

McLaren Vale grapes, unfortunately, are grown in climates of very little adversity. The temperatures in Adelaide remain quite temperate all year, very little humidity and low in insects. it’s like a goldmine for grape growers, but a desert for resveratrol.

On the other hand, the Spanish Tempranillo grapes are grown in a climate that ranges from frozen to hot over the course of the year. Not only that but the grapes are notoriously at the mercy of insects. The Tempranillo is the exact opposite of the McLaren in terms of opportunity to produce resveratrol.

This may lead you to believe that the Spanish wines are more resveratrol rich than the south Australian wines. But in reality, grape producers of high volatility are more apt to use chemicals and pesticides to control the growth of their grapes – reducing the grape’s need to produce resveratrol.

Since resveratrol is an antioxidant whose quantity you can measure, I’d be hard pressed to refute the claim that a bottle contains 100 mg/litre.

But did the wine suffer oxidation from exposure that it wouldn’t have before? And does the resveratrol that’s measured still carry an extra electron which is the real value to the human body?

At this point, no one knows. It took hundreds of years of data to discover the “French Paradox”. How long will it take to determine the “Resveratrol Enhanced Wines Paradox”? You have thoughts?