This is the story of the antioxidant and free radicals. They’re talked about on The View, on Oprah, on WebMd and in every good nutrition article, but rarely does anyone explain how it works. Roll your sleeves up. . . there’s no getting around the technical terms.

To understand antioxidants and how they interact with free radicals, we must go back and learn a bit about cells, molecules and atoms. Remember the table of elements? It’s where we find the details of atoms like Hydrogen, Oxygen and Carbon. The table lists how many protons, neutrons and electons each atom has, its weight and some other information.

When two or more of these atoms are connected, they’re called a molecule. A water molecule, for example, is 2 Hydrogen atoms and 1 Oxygen atom – H2O. 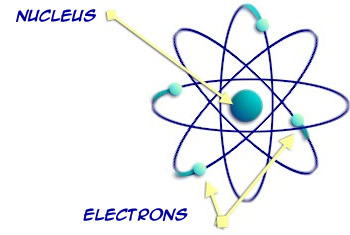 The atoms are chemically bonded together by their electrons – forming one molecule. One water molecule.

The electrons and the center nucleus have electric charges, and when they are balanced the atom is stable. Some atoms can still be stable even though they’re missing an electron. Other atoms are very unstable in this condition.

What is a Free Radical?

Ok. Now that you know the basics, let’s get back to the story of the antioxidant and free radicals. A molecule is a bonded set of atoms. Together the stability of the individual atoms determine whether the molecule, as a whole, is electrically stable. If one of the electrons is damaged, or missing, the molecule can be unstable. This unstable molecule is a Free Radical.

That’s it. A molecule that is unstable is a Free Radical. When a molecule is unstable, that’s when the “free radical” damage begins.

Environmental factors such as pollution, radiation, cigarette smoke and herbicides can also spawn free radicals. Cooking, car exhaust, microwaves and power generators are other causes of free radicals. They are everywhere all the time, in the air, in your body, and even in the bottle of antioxidant powder you take every morning with water.

What is an Antioxidant and how it is the

So far the story of the antioxidant and free radicals is not too hard to understand.

When a free radical is created, it’s like a vicious pet. It frantically scours nearby molecules for an electron it can steal. Once it has successfully stolen an electron, it becomes stable again – but the molecule it stole from is now the free radical because it’s now missing an electron. This is a chain reaction that has no end.

ENTER THE ANTIOXIDANT AND FREE RADICALS WILL STOP.

The moral of this story is take an antioxidant supplement every day to help combat the damage caused by free radicals.

Which Type of Antioxidant is Resveratrol?

There are three basic types of antioxidants. Antioxidant Nutrient examples would be Vitamin E, Selenium, Vitamin C, Beta-Carotene and Co-enzyme Q10. Antioxidant Enzymes are less well known but include the likes of superoxide dismutase (SOD), catalase (CAT) and glutathione peroxidase (GPx) They actually serve as your primary line of defense in destroying oxygen free radicals.

And finally there are plant phytochemicals like resveratrol. These antioxidants are responsible for the color of a plant, the disease-fighting properties of a plant and the overall health of the plant, but they aren’t considered vitamins or minerals. Resveratrol, OPC’s and allium are examples of phytochemicals.

For optimum health, your body needs a constant supply of phytochemicals to remain healthy. But don’t rely on food, get yourself a daily supplement. Defeat the battle between the antioxidant and free radicals.