What is resveratrol (commonly misspelled reservatrol) is a tricky question to answer in plain English because we’re talking science here.

This is molecules and compounds and polymers – all that stuff you heard about in high school biology.

In plain language, resveratrol is a compound of molecules that derive from one group of plants called spermatophytes, meaning “seed producing” like grape vines, peanuts, cranberries and pines.

While it’s found in other plants (eucalyptus, spruce, lily, cacao, blueberries, and mulberries), the source of resveratrol’s highest concentrations are found in the skins of Vitis vinifera, labrusca and muscadine grapes.

I hear you saying, “But, there are lots of molecules and compounds found in plants”, so again you ask, what is resveratrol?

It is classified as a phytoalexin – a sort of anti-fungicide that plants produce naturally. Basically, when one of these plants is stressed by disease, injury, or fungus it makes it own ‘antibiotic’ – resveratrol. (phytoalexins and phytonutrients are both phytochemicals – that’s a lot of phytos.)

If you come across the terms ‘savestrols’, you’ll find resveratrol to be listed as a ‘salvestrol’. But the terms ‘salvestrol’ is a registered trademark name – owned and created by a company that sells nutritional supplements. (You’ll find the same to be true of Pycnogenol, which is another name for pine bark extract).

While the benefits of resveratrol are relatively new to us, the Japanese and Chinese have used it for centuries. It wasn’t until the 1980’s that the principal ingredient, resveratrol, of Japanese Knotweed was discovered. 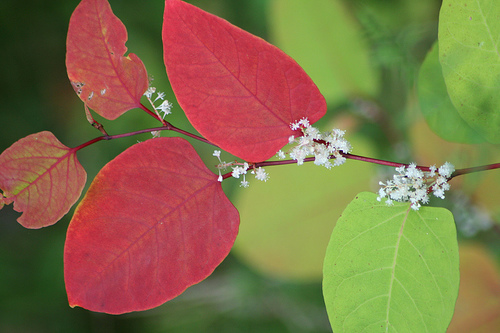 In answering what is resveratrol, you should know there is more than one type. Resveratrol occurs in two forms – cis and trans. Trans resveratrol (trans-piceid) is the active form and is a natural compound found in plants. Both cis resveratrol and trans resveratrol are manufactured as a self-defense system by the plants after coming under attack by disease, fungii or injury.

The active form that you’re hearing about in the news, on the internet and in magazines is the trans resveratrol form. Both wines and supplements use this form or resveratrol, whether the label says so or not. Many wines do contain cis resveratrol in measurable amounts, but not all.

The testing and research you’ll read about here is based on trans-resveratrol, not cis-resveratrol.