Getting all your healthy nutrients from wine isn’t realistic. And getting them from the Super Foods isn’t always an option either, so how about increasing your overall wellness with a list of spices and healthy herbs?

Studies show that some healthy herbs have benefits beyond the delicious tastes and smells. Fortunately, the amount of healthy herbs you need is just a pinch here and a pinch there.

According to Alison Gernand from the University of Texas School of Public Health, “People who generally cook at home and use fresh spices tend to be healthier and have less disease.” I’m not sure if that’s a testament for spices or a statement against fast foods, but in any case it definitely holds true. When you eat fresh foods at home and increase their flavor with healthy herbs, you’re going to be healthier and have less disease.

Garlic is on every list of spices, no matter where you are on the planet. Every culture loves that garlic can decrease high blood pressure and lower cholesterol. (Some recent studies have challenged whether garlic really reduces cholesterol, so stay tuned. We’ll let you know the results of further tests.)

Somehow garlic also helps out digestion, heart disease, infections, mosquito bites and gas issues. However, it is one of the anti inflammatory herbs and thus is somewhat of an anticoagulant – so cut back before any surgeries. Otherwise half a clove per day is plenty to get the benefits from the Allicin compounds inside.

Rosemary is another one of the healthy herbs on the super list of spices that may help protect blood vessels. Like the antioxidant OPC, the protection and strengthening of blood vessles naturally helps to lower high blood pressure. When you read about herbs for high blood pressure, you’re really finding out which ones reduce the chance for blockage and constriction from inflammation.

On a separate note, Rosemary is also great for vision and has been shown to help prevent cataracts.

Cinnamon, on the list of spices in every kitchen, is often cited as an antidote for just about everything from diarrhea and upset stomach upset, to improving blood sugar, triglyceride and cholesterol levels. Research has shown that cinnamon is one of the spices (herbs) for high blood pressure reduction. Specifically, doctors are now telling at-risk diabetics and those with high blood pressure to add it to their applesauce, toast and hot chocolate. 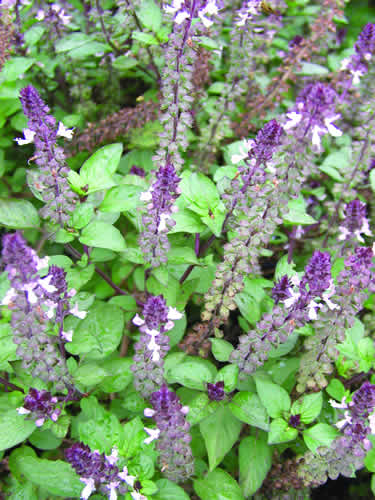 The best natural remedy or herb for high blood pressure reduction is the reduction of salt. Instead of salt, experiement with the following list of spices and herbs, all of which exhibitantioxidant properties, in your meals:fresh basil, cracked black pepper, ground cinnamon, chili powder, cloves, curry, fennel, marjoram, nutmeg, oregano, rosemary, sage, tarragon and thyme.

Antioxidants like resveratrol exhibit some of the anti inflammatory reactions that the following list of spices and herbs exhibit. Besides protecting the blood vessels from damage, inflammation and constriction the following do much more.

Turmeric contains circumin, an antioxidant, that’s been shown effective at protecting against cancer. It may offer cardiovascular and liver protection, as well. Circumin has also been shown to thwart the development of amyloid brain plaque which is associated with the onset of Alzheimers.

While Turmeric is more popular in Indian Cooking than in traditional American fare, it is easily adaptable. And its anti inflammatory qualities, like joint pain protection, can not be understated.

Oregano has the highest antioxidant levels of the 39 various types of spices. Along with garlic and fennel, Oregano is the spice that makes Italian taste Italian. Recently it has gained popularity as a bacterial killer and an anti-fungal agent – but remains one of the most powerful anti inflammatory herbs available.

Sage contains flavonoids, phenolic compounds and antioxidants and is a very effective anti inflammatory herb. Sage has been shown to alleviate the symptoms of arthritis and overall joint pain.

While cloves are traditionally thought of as a toothache herb, the oil in cloves contains eugenol, which is a powerful anti inflammatory antioxidant. With that being said, there’s nothing like gargling water with cloves when you have a toothache.

Cerasee is a Jamaican herb used to make a Jamaican Bush tea. It’s been a long held belief in the Jamaican culture that Bush tea helps to cleanse the blood of impurities.

Herbs and Spices to Improve Digestion

Cayanne Pepper is on every list of spices deemed to be healthy. Capsaicin, its active ingredient, will increase your metabolism and fat-burning ability. Strange as it sounds, the same ingredient that adds fire to food can relieve minor indigestion. 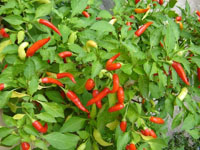 If the ‘heat’ bothers you, paprika and red chili pepper also contain capsaicin and are great anti inflammatory spices. There are several digestion assistance supplements available, like digestive enzymes, but there are also several other healthy herbs that may do the trick.

There’s nothing like sipping a little ginger ale when your tummy hurts and you need something to help make it feel better. While the healthy properties of ginger ale are entirely in your head, Ginger, and its active ingredient gingerol, has long been lauded for its ability to fight nausea and vomiting caused by motion sickness. It also may be good for joints, migraines and as an anti inflammatory herb.

Again cinnamon comes up. The USDA tested 48 different herbs for their effect on glucose metabolism. The study, published in the Journal of American College of Nutrition, stated that Cinnamon mimics insulin function, increases cells glucose uptake and signals certain cells to turn glucose into glycogen.

Speaking of horseradish, wasabi – a japanese horseradish – actually kills the helicobacter pylori bacteria that causes ulcers! Did you know that resveratrol has also been shown to stop the growth of H.Plyori?

If you are having problems with short term memory loss, you will want to give gingko biloba a try. Studies have proven that gingko biloba, a very effective anti aging herb, has positive effects on short term memory loss. Gingko increases blood circulation to the brain and to the rest of the body. So while it is excellent for increasing your ability to remember in the short term, it is also good for general health and appearance.

9 Best Spices to Add to Food and Shakes

Shakes are really popular these days, especially the kind you make from home. Therefore, we thought we’d highlight the 9 best spices to add to food and shakes for health and fitness.